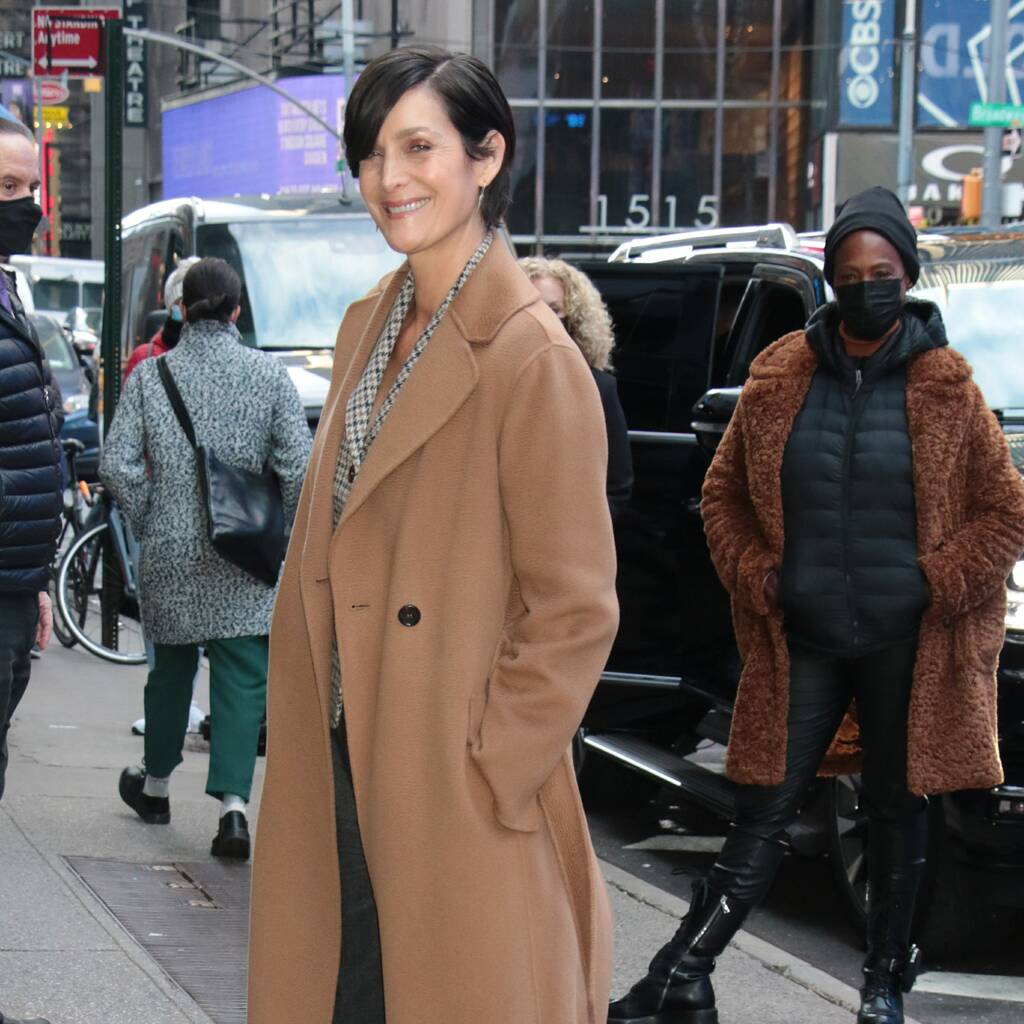 Carrie-Anne Moss returns to her most famous role in The Matrix Resurrections.

Carrie-Anne Moss refused to go to extreme lengths to get in shape for her return to The Matrix franchise.

The 54-year-old actress was 32 when she wowed fans as Trinity in stunning action sequences in the 1999 science-fiction classic.

Returning to the role 18 years after she last played Keanu Reeves’ onscreen love interest in the last of the original trilogy, she said she trained hard to get in shape, but didn’t feel the need to take drastic measures.

“It was important to me that I let go of any construct in my mind that I needed to look like I did when I was 30,” she told The New York Times. “I find that thinking makes desperation as a woman, and I didn’t want any desperation.

“Someone would take a little video, and I’d look at it and be like, ‘Oh my God, I don’t look cool at all!’ I would just have to constantly relax that part of my brain. I continually chose to know I was going to be enough. I could have chosen that pressure, and I chose not to have it.”

However, refusing to endure an extreme diet doesn’t mean she was slacking off – as the hard training required for the role meant she got into shape.

“Nothing will make you want to get in shape quicker than knowing you’re going to see yourself on a huge screen,” Moss explained. “I had to train for months to get strong and get in shape and to learn the fights, that took a lot of time.”

The Matrix Resurrections is in cinemas now.