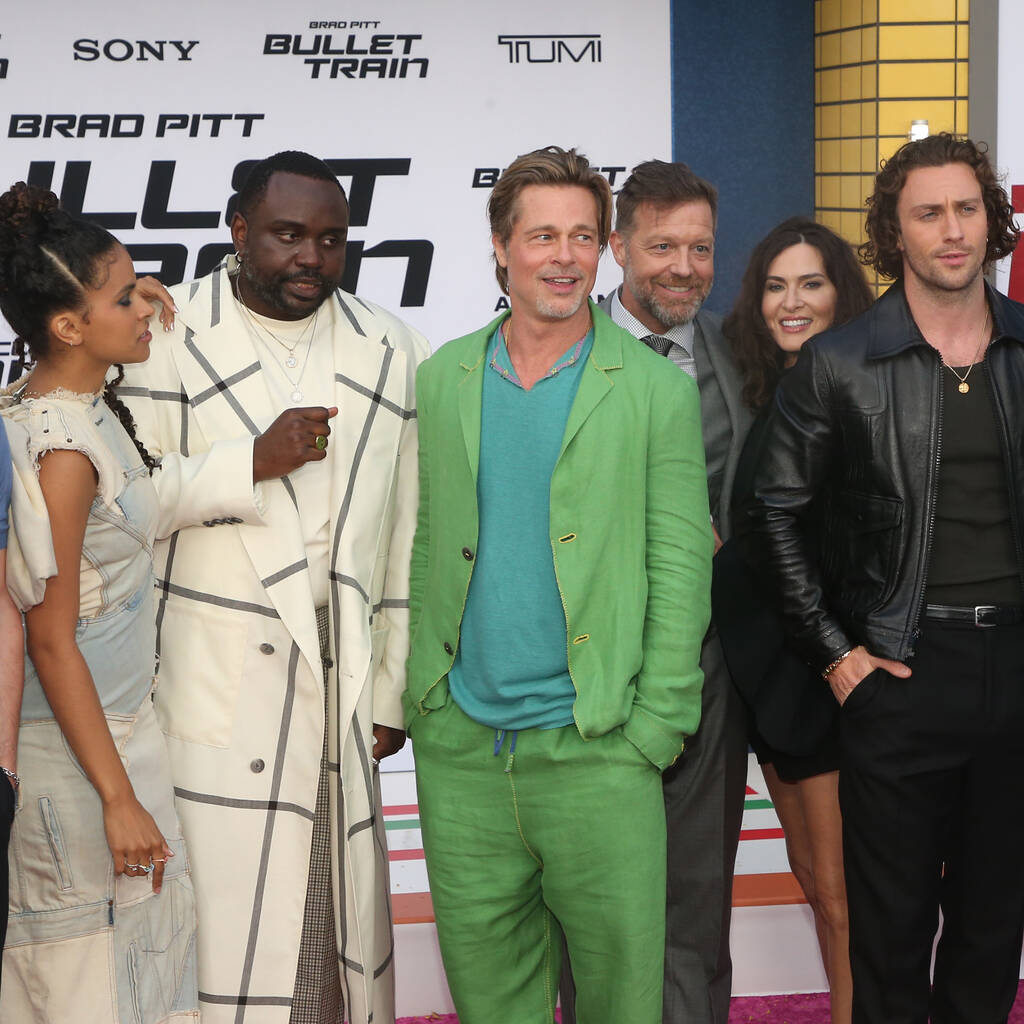 Brian Tyree Henry was distracted by Brad Pitt’s “beautiful” hair while they were filming a pivotal scene for Bullet Train.

Directed by David Leitch, the action comedy stars the Hollywood actor as an assassin who has to deal with enemies while travelling on a Japanese bullet train.

Henry plays a British assassin named Lemon in the feature, and in an interview for ComicBook.com, he joked that he struggled to focus whenever he had to act alongside Pitt.

“It’s really, let me tell you something incredibly distracting, it’s Brad Pitt’s hair, it’s really, it’s really annoying,” he laughed. “(The scene) where we’re in the train car together and you know, (Aaron Taylor-Johnson’s) character has smashed through the glass, we’re supposed to be going like 200-something miles an hour and there’s this wind fan that’s just perfectly placed for Brad Pitt and so I would literally forget some of my cues because I’m so busy lost in this wheat blond, beautiful hair.”

Henry went on to note that he was also impressed by Pitt’s “hair control”.

“He knew exactly when to whip it, and it just made me want to punch him in the face more,” the Atlanta star joked. “So like, Brad Pitt’s hair is distracting, like just know that it’s another character in the movie, but it’s precious.”